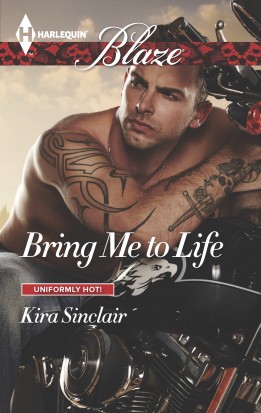 Status: Believed to have been killed in action…until now!

Three years is a long time. Long enough for Tatum Huntley to leave heartbreak behind for the idyllic town of Sweetheart, South Carolina. Long enough to start over. Yet not long enough to forget the devastation left behind when he died. Her husband. The man whose touch haunts her… And the man who just walked back into her life.

All Evan Huntley wants is to get the woman he loves back in his arms…and his bed. While her love for him never died, Tatum can’t—and won’t—forgive Evan for letting her believe he was dead. For leaving her alone. But can she resist giving in to the exquisite passion that still burns between them?